Ratu Boko is Located about 3 km south of Prambanan. Ratu Boko is situated atop of a hill ± 195.97 m above sea level. Ratu Boko is not a temple, but a remains of a palace. Ratu Baka is often called Kraton Ratu Boko. Legend said that Ratu Boko once a palace for Ratu Boko, the father of Lara Jonggrang. Ratu Boko is built during the 8th century AD by the Buddhist Syailendra Dynasty, but then the Hindu Mataram kings took over the place. This take over makes Kraton Ratu Boko is full of Hindu and Buddhist references.

45 m from the main gate to the northeast, a foundation from limestone was found. The Batukapur Temple means temple made of limestone.

Pendapa
20 meters south from the Paseban is a stone wall three meters high forming a gate of a compound. In the north, west, and south side of this wall is an entrance in form of Gapura Paduraksa (roofed gopuram). Several Jalawadra also found around the Pendapa. Jalawadra is a waterway, also present in Banyuniba and Borobudur Temple. In Javanese, Pendapa means a pavilion for guests usually located in the front of a house.

Outside the Pendapa walls, 3 little temples are used for worship. The middle temple is the biggest, used to worship Vishnu, the other two used for Brahma and Shiva.

Keputren
Keputren is a place for the royal princess. Located eastward of the Pendapa. Keputren is divided by two stone walls. The first section has three square pools, while the second section has eight circle pools lined in three rows.

Caves are located in the hill slopes. The two caves was named Gua Lanang (male) and Gua Wadon (female). Gua Lanang is a square shaped cave, and having a frame-like carving on the wall. Gua Wadon is smaller than the Gua Lanang. 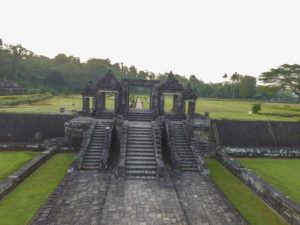 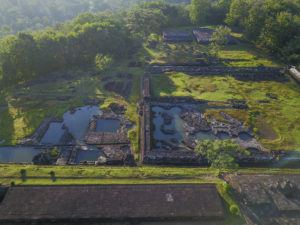 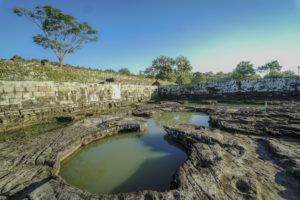 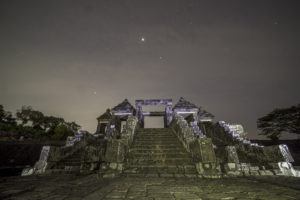 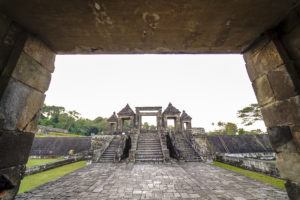 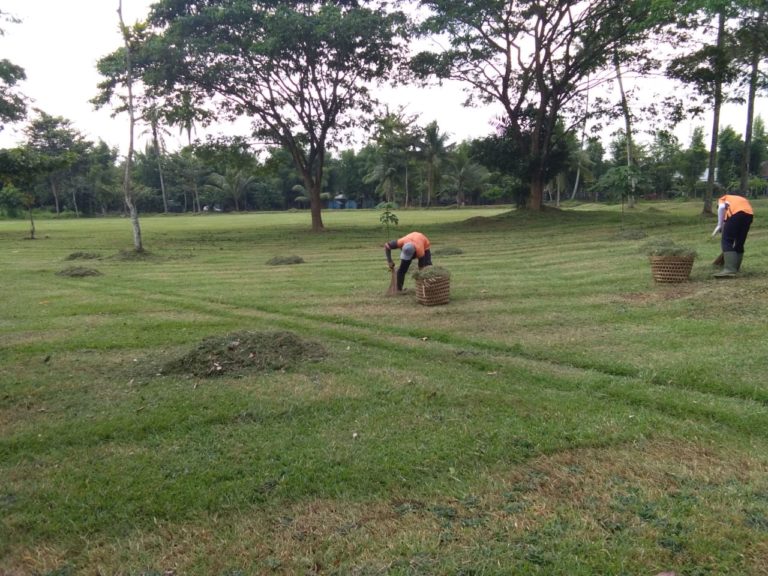 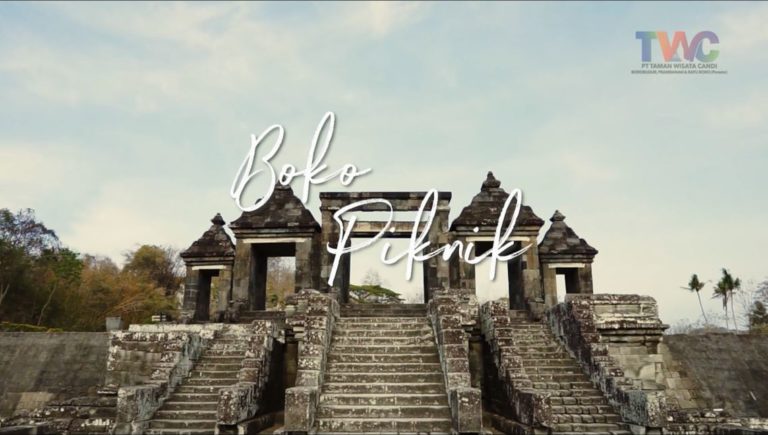 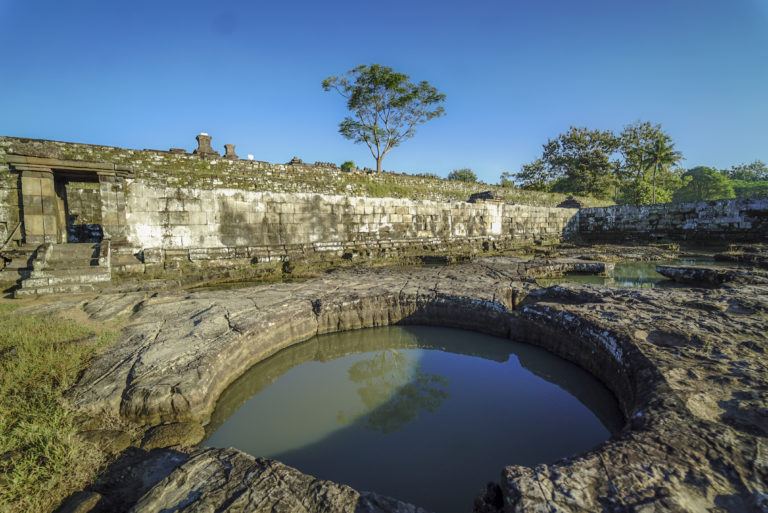 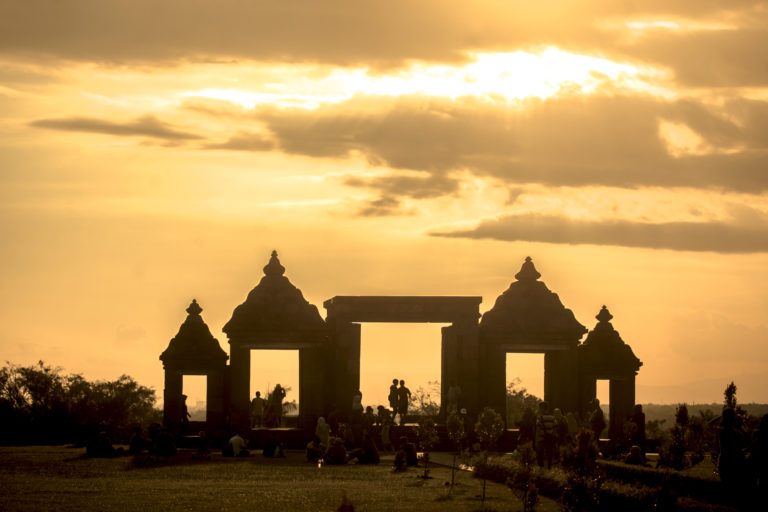 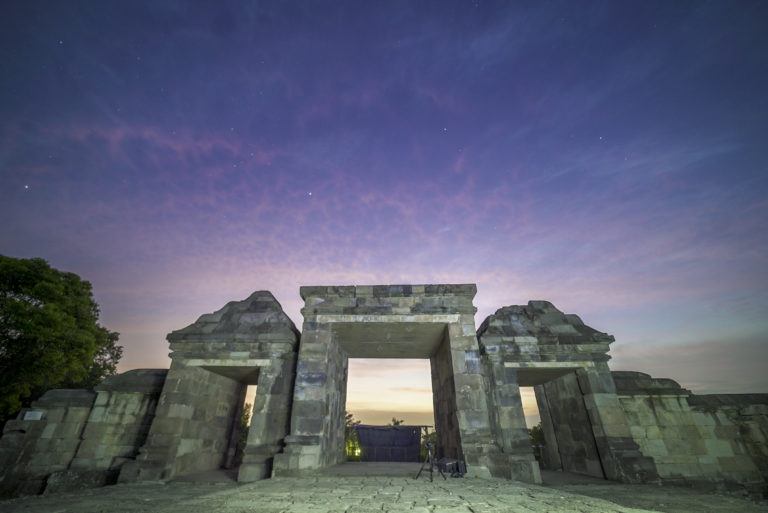 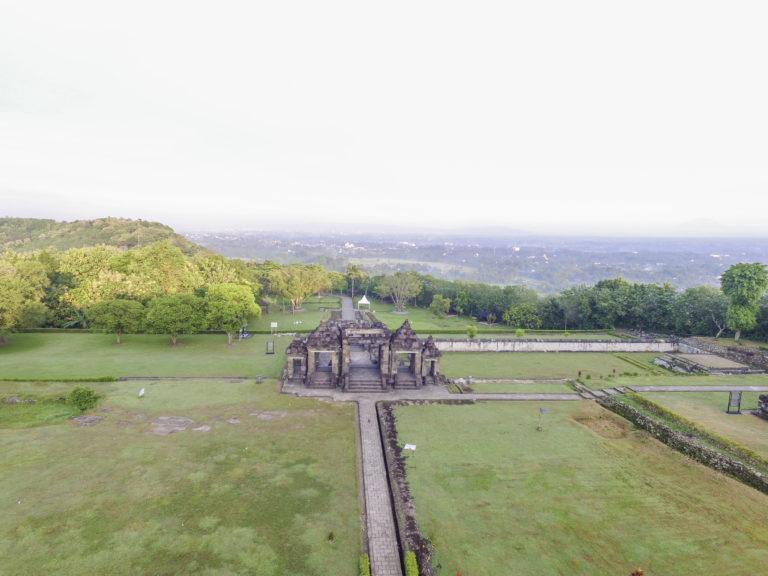 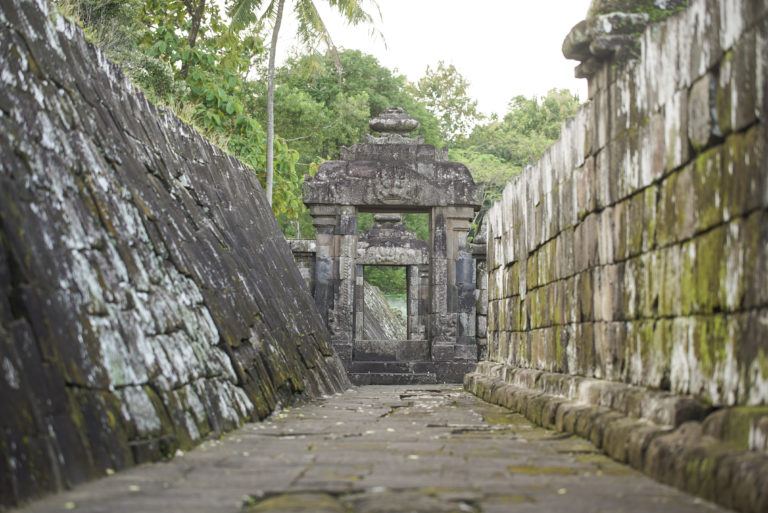 Ratu Boko is located near Prambanan, which itself located in a major road connecting Yogyakarta and Solo through Klaten. Available public transportation from Yogyakarta only serve until Prambanan area, so you must rely on local transportation mode like motorcycle taxi from Prambanan to Ratu Boko.

From Tugu Yogyakarta Train Station you can ride a taxi or rent a car. The Ratu Boko Palace is 30 minutes drive or 20 km from the station. Public Transportation available in Transjogja bus lane 1A. You ride the bus on Mangkubumi bus stop and continue until pasar Prambanan bus stop. From there you can continue using motorcycle taxi to Ratu Boko Palace.

From the Adisutjipto airport you can take a taxi or rent a car. The distance between Ratu Boko and the airport is 8.4 km or 15 minutes on car. Public Transportation available in Transjogja lane 1A to the pasar Prambanan bus stop. From there you can continue using motorcycle taxi to Ratu Boko Palace.

Ratu Boko is accessible eastward from Jalan Raya Jogja Solo or the airport. You need to go east until the Pasar Prambanan three way intersection. From there take the right road and continue to Prambanan - Piyungan road. In about 3 km you will see the sign to Ratu Boko Palace. The palace is located on the left side of the road on top of a hill.