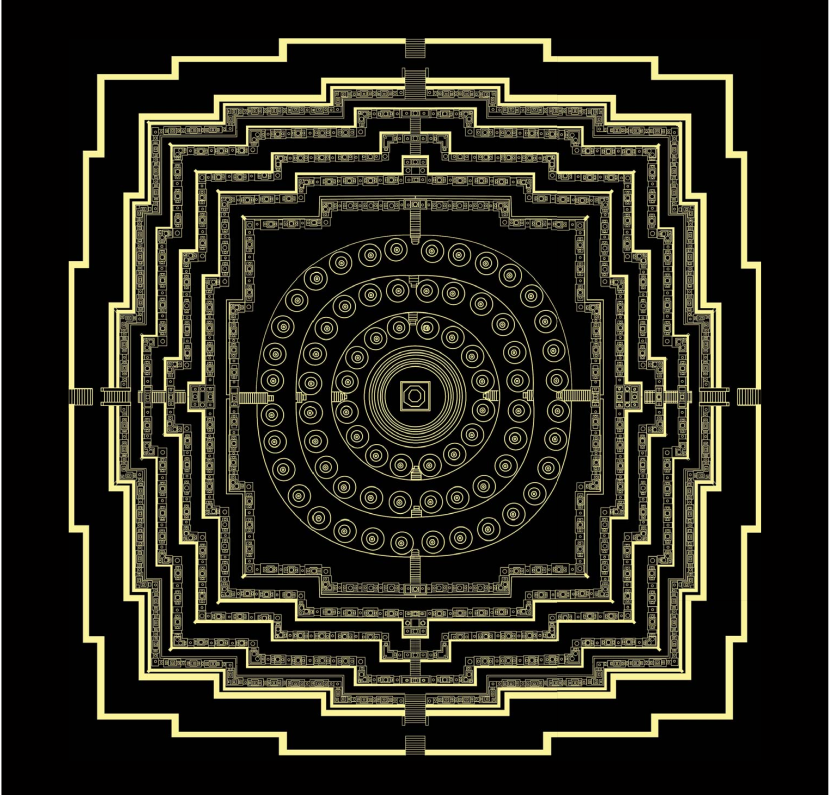 The ancient Javanese legend tells story, when the island of Java was still floating aimlessly in the cosmic ocean, the gods felt sorry for the misery of their inhabitants and decided to set the island’s place once and for all. By hammering a giant spike right in the center of the island, they set its place to the bottom of the sea. To this day, Tidar, or Bukit Paku, forming the island’s central topographical legend, its name is a reminder of this ancient myth.

As the Indian concept of cosmology is accepted in the Indonesian archipelago, the belief in a cosmic mountain named Meru or Semeru in Java is the same. The peak of Mount Meru is high from the center of Jambudwipa, the continent which is our world. Its main peak is believed to towering up to nirvana, connecting the world where people live with the gods’ realms.

From the beginning, the Indians also gave a special aura of holiness to the river encounter. In ancient Java, this belief was united with beliefs about the cosmic mountain. This makes the encounter of the Progo and Elo rivers, near Bukit Tidar, considered to be a sacred place. Thus, the place became an option for the largest Buddhist monument in Southeast Asia, Borobudur Temple.

Borobudur is a brilliant blend of architectural, Buddhist, and cosmological ideas. It is a stupa used to honor the ashes of the Buddha. The stupa symbolizes the attainment of nirvana, or absolute absence, the end of samsara, and is free from the rebirth that exists in nirvana.

At the same time, the stupa symbolizes Meru’s cosmic mountain, which rises from the center of the world. The slopes that are below from the mountains are inhabited by the house of various gods. They are carved into the reliefs in the gallery outside Borobudur.

The summit of the cosmic mountain is the heavenly place of the gods, where there is the Indra palace, the king of the gods. Above it, there are various layers of heaven from various environments of desire, from tangible to intangible. It can be said that Borobudur is not only an architectural masterpiece. More than that, it represents a deeper symbol, a hallmark of Buddhist beliefs, architectural intelligence and the idea of cosmic mythology.