The Legend of Roro Jonggrang: 2020 Calendar of Event

The story began with the defeat of King Damarmoyo by King Boko, the father of Princess Roro Jonggrang. King Damarmoyo told his son Bandung about this defeat. Bandung, who is in anger, challenges King Boko in a war and he finally defeated King Boko. At that time Bandung saw a beautiful princess named Roro Jonggrang, and he fell in love with her. But after Roro Jonggrang knew that Bandung murdered her Father, she then had wicked intentions to trick Bandung to build 1000 temples if he wants to marry her.

Here the trouble starts, Bandung who is helped by Bondowoso and ghost soldiers failed to finish 1000 temples. Since Princess Roro Jonggrang tricked him, Bandung Bondowoso cursed Jonggrang to be a statue as the final 1000 temple. 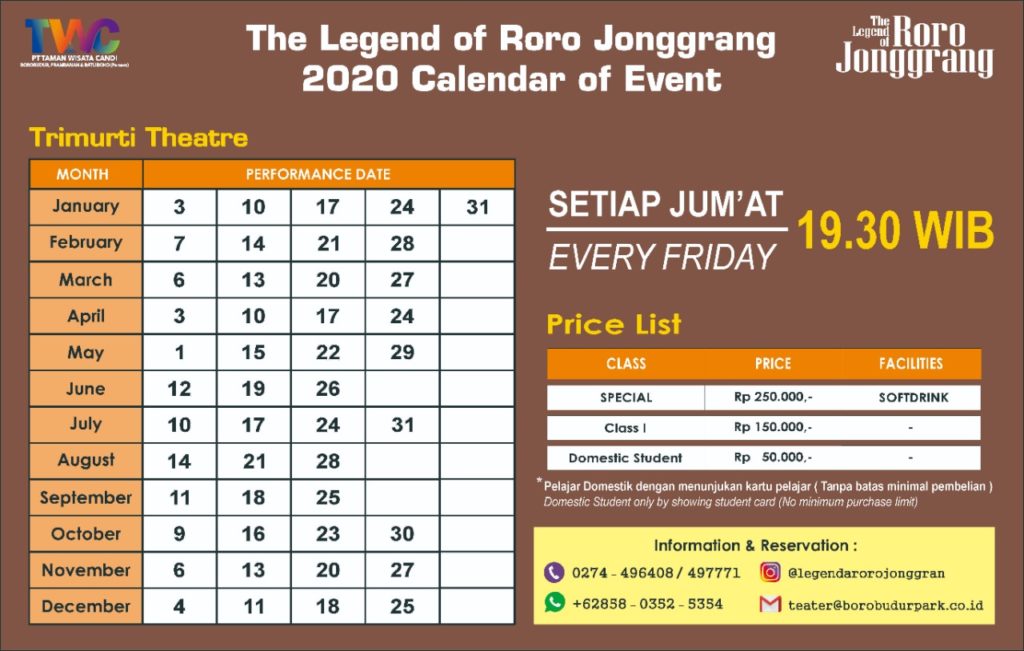 Every year Prambanan comes to life with Tawur Agung, an important and beautiful Hindu ritual held on the eve of Nyepi in which the evil spirits are scared […]