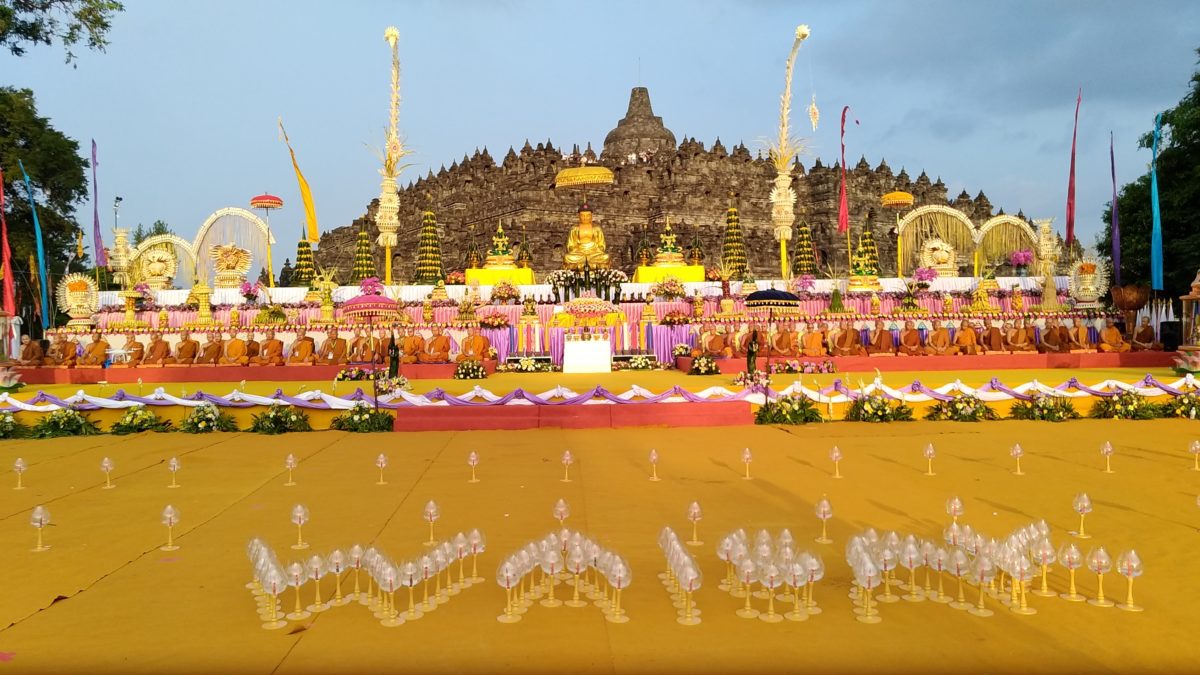 On Tuesday Night (29/5/2018) the Peak of Vesak Ceremony at Borobudur Temple. The Holy Triumph Vesak 2562 BE / 2018 celebration begins with a two-day free social service to the people which is held on May 25-26, 2018 at Taman Lumbini, Borobudur Temple Tourism complex. The series of activities continued with the procession of immortal fire (27/5/2018), Pindapata (28/5/2018) and the holy water conservation (28/5/2018) in Mendut Temple. The peak of the Vesak celebration concludes with the release of lanterns by Buddhists and the public.

The Triumphant Wisdom of 2562BE / 2018 commemorates the theme “Transformation of Delusional Consciousness into Pure Consciousness” and sub-theme “Let Us Together Fight to alter the Ego”.

Minister of Religion of Indonesian Republic Lukman Hakim Saifuddin in his speech said, “Vesak reminds us of the importance of giving good deeds and doing good deeds where all the practices are needed in the world today. For that, every commemorate the big days of religion, a very important thing to grow is how each people religion can truly understand the meaning and purpose of the big day especially in relation to the development of noble character. ” 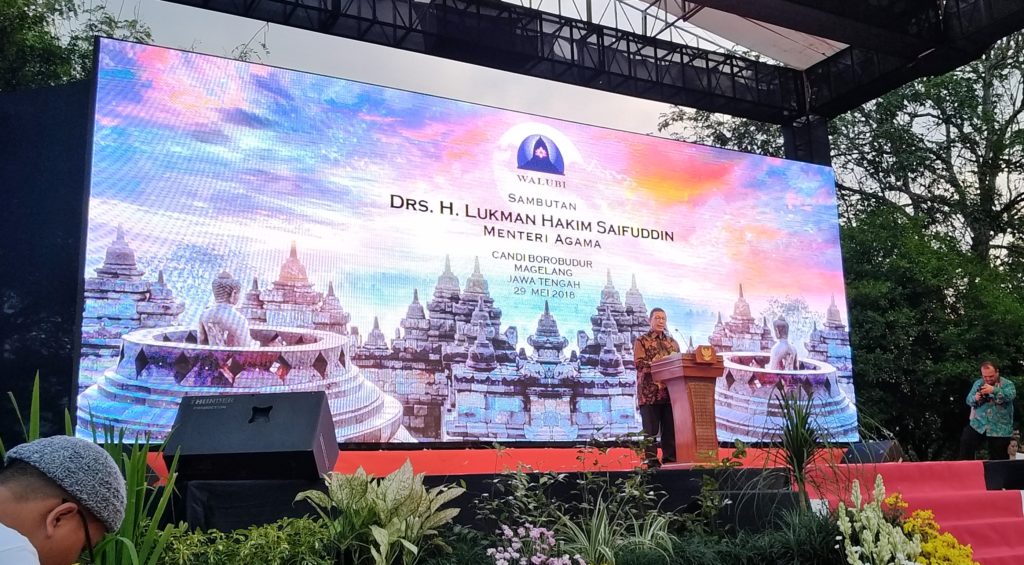 “This needs to be put forward to be appreciated as best as possible considering the teachings of religion is starting from the awareness of how humans can apply the principles of virtue in everyday life. Let us close the role of religion in the life of the Indonesian nation. Each religion teaches the noble values virtue, perfection and peace, on the basis of which the effort to build the character of a religious nation is a positive and positive form in creating a peaceful and harmonious life. I want to emphasize the importance of moderation in religion we must further strengthen the moderation of religion. Moderation of religion means religion should not be brought into the understanding and form of the extreme act. ” added Lukman Hakim Saifuddin. 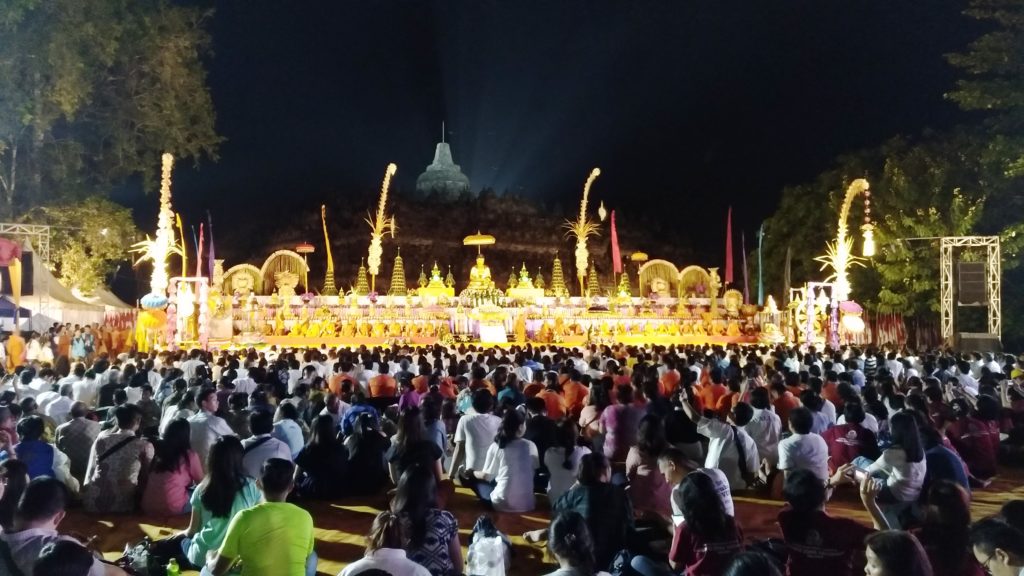 Chairman Walubi Hartati Murdaya said, “We are together welcome Vesak, I want to invite all of them, this is the moment for us to find our true Buddha Nature, the infinite nature of Buddha because we have been too shackled by lust. ” Hartati Murdaya also invites people to fight in defeating the Ego.

Trisuci Waisak Day itself is a memorial of three important events in Buddhism. Namely the birth of Siddhartha Gautama, the Buddha attained perfect illumination and died Gautama Buddha. 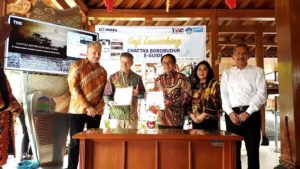 Christmas is about spending time with family and friends. It’s about creating happy memories that will last a lifetime. Merry Christmas to you and your family! 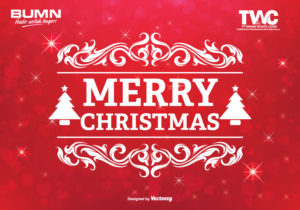 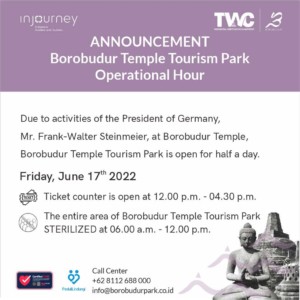