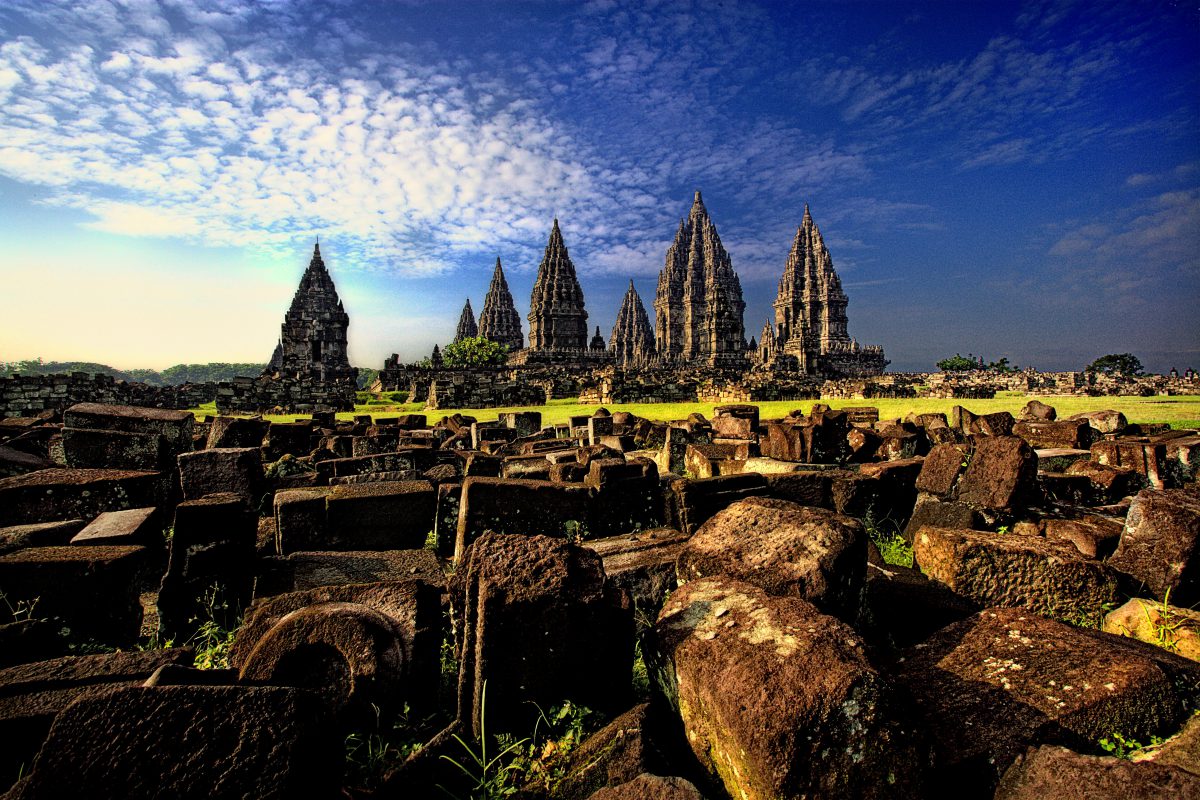 Prambanan is known for the legendary love story between Roro Jonggrang, the princess of Boko Kingdom and Bandung Bondowoso, the prince of Pengging Kingdom.

The story states that Boko Kingdom invade Pengging. In order to defeat the invader, Prabu Damar Moyo (Pengging King) sends his son Bandung Bondowoso to fight Prabu Boko (Boko King). After a furious battle, Prabu Boko is killed by the prince’s supernatural powers. His assistant, the giant Patih Gupolo, leads his armies away from the battlefield in defeat.

Returning to Boko Palace, Patih Gupolo tells princess Rara Jonggrang of the death of her father. The princess is heartbroken, but before she can recover from her grief the Pengging army besieges and captures the palace. Prince Bandung Bondowoso is mesmerized by the beauty of the mourning princess and propose marriage, but his offer is swiftly rejected. Bandung Bondowoso insists on the union, and finally Rara Jonggrang agrees on two impossible conditions: first the prince must build a well named Jalatunda, and second, he must construct a thousand temples in only one night.

The lovestruck prince agrees, and immediately starts work on the well. Using his supernatural powers once again, the prince swiftly finishes construction and proudly displays his work for the princess. As a trick, she urges him to enter the well and when he does so, Patih Gupolo piles stones into it and buries him alive. With great effort Bandung Bondowoso escapes, but his love for the princess is so strong that he forgives her the attempt on his life.

To fulfill the second condition, the prince enters into meditation and conjures up a multitude of demon spirits from the earth. With their help he builds the first 999 temples and starts work on the final one. To thwart his efforts the princess and her maids light a fire in the east and begin pounding rice, a traditional dawn activity. Fooled into thinking the sun is about to rise, the spirits flee back into the earth leaving the last temple unfinished.

The prince is furious when he learns of this deception, and places a curse on Rara Jonggrang which turns her into a stone statue. In this way she herself becomes a feature of the final temple, completing its construction and fulfilling the conditions for their marriage.

From the legend that is transformed into a myth, an unmarried couple going to Roro Jonggrang statue chamber in Prambanan will have doomed relationship just like the creators of the temples. Local residents believe that returning couple from prambanan immediately broke up. 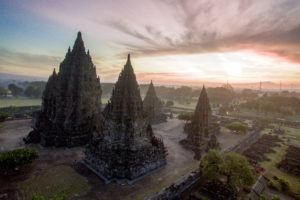